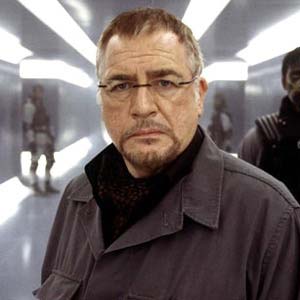 Grew Up… in an extremely religious household. William Stryker was raised to believe in a world that served as a battleground for the God and the Devil.

Living… in a classified location. As the leader of a top-secret program, Stryker travels wherever he’s needed – although always under a shroud of secrecy.

Profession… Colonel in the United States Military, where he heads the “Weapon X” program. Weapon X is a government initiative designed to harness and replicate the powers of mutants in order to more effectively stop mutants. It is top-secret, has almost unlimited resources, and is willing to do anything to complete its goals.

Interests… religion. William Stryker is a man of deep convictions, and believes that mutants are the work of Satan. Accordingly, he sees his crusade to make the world safe from mutants as a divine mandate, and sinks all of his time and energy into the lofty and twisted task of designing weapons that can stand up the most powerful people on earth.

Relationship Status… widowed, with a lobotomized son. Stryker used to live with his wife and child in a quiet home in Nevada, but was distressed when his child started manifesting mutant powers at a young age. His son was an illusionist, capable of making people see images that weren’t really there. In a desperate attempt to “cure” his son, John sent him to Charles Xavier’s academy for gifted youngsters, only to be told that they didn’t see mutant abilities as something that needed to be cured. Outraged by this stance, Stryker took his son home, where his son increasingly used his illusions to torture his parents. Stryker’s wife was unable to deal with the constant mental assault, and killed herself with a drill to “bore the images out.” Grief-stricken and terrified, Stryker performed a lobotomy on his own son and dedicated himself to combatting the mutant menace.

Challenge… formulating weapons that can be used to stop dangerous mutants. While Stryker’s goals are relatively admirable, his methods are not. He is more than willing to use mutants in order to formulate this technology, and subjects them to brutal experiments in order to harness their power. His sadism has ruined and poisoned the lives of many mutants, such as Wolverine and Sabertooth. Recently, he’s reached new murderous extremes by tasking Sabertooth with the job of tracking down mutants who formerly worked with the “Weapon X” program, killing them, and extracting their DNA in the hope of replicating their powers to create the ultimate weapon.

Personality… intelligent, ruthless, and obsessed. While Stryker possesses the reserved nature and discipline of a military man, he’s a fundamentalist who sees himself as a key player in a battle between the forces of good and evil. His deep conviction prevents him from seeing shades of grey, and causes him to see all mutants as fundamentally evil. A brilliant scientist corrupted by absolute certainty, there’s no end to the damage that William Stryker could do to mutant kind.

William Stryker's popularity ranking on CharacTour is #2573 out of 5,600+ characters. See our top-ranked characters and read their profiles.