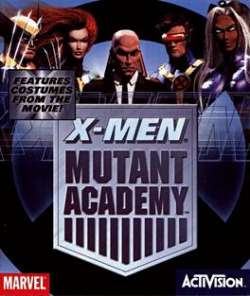 X-Men: Mutant Academy is a basic fighting game that uses six buttons: three buttons for punches and three for kicks. The game's characters can be played both with their comic book costumes and their costumes from the 2000 film X-Men.