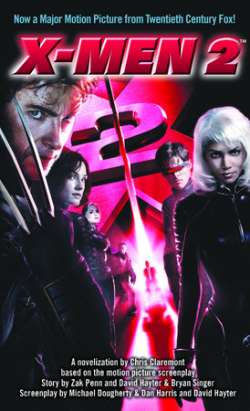 They live among us, each possessing special superhuman abilities—sometimes a blessing, sometimes a curse. Mutants. Since the discovery of their existence, they have been regarded with fear, suspicion, and often hatred. Across the planet, the debate rages: Are mutants the next link in the evolutionary chain or simply a new species of humanity, fighting for their share of the world? Either way, one fact remains: Sharing the world has never been humanity's defining trait.There are two sects of mutants: One aims to coexist peacefully with a world that despises them; the other group strikes at intolerance with a relentless, often murderous force. But now there is a new insidious enemy, and no one will be safe.