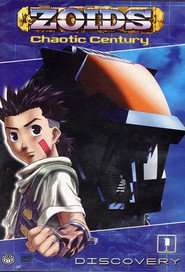 Zoids: Chaotic Century is set on the planet Zi where there are metallic fighters known as Zoids, which possess powerful fighting capabilities. The series follows teenager Van Flyheight, mysterious Fiona, and Organoid Zeke. Zeke discovers he has a secret power: the ability to merge with a Zoid, which helps reveals the secrets of Fiona's past.