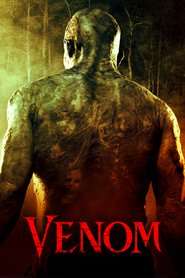 Venom is a fright-filled voodoo thriller loaded with a sizzling cast of the screen's hottest young stars. Set deep in the eerie swamps of southern Louisiana—Agnes Bruckner (Murder By Numbers), Jonathan Jackson (Tuck Everlasting) and Meagan Good (Roll Bounce) are among a group of teenagers trying to uncover the truth behind a friend's mysterious death. What they find is an evil force more deadly than anyone could have imagined.

How To Watch Venom