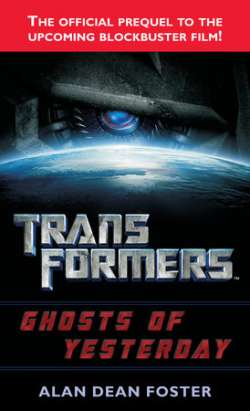 A mammoth robotic being, clearly of alien origin, has been found beneath the Arctic ice. Its advanced engineering dwarfs known human technology, and unlocking its secrets will catapult American science eons into the future. In search of the mysterious artifact's origin, a covert government agency sends the manned craft Ghost 1 on a perilous journey of discovery. When a mishap maroons Ghost 1 in the far reaches of unknown space, the ship's distress beacon reaches the very alien race Ghost 1's crew has been seeking: the Autobots. The gigantic mechanized beings are also on a quest: to find the Allspark, a device crucial to the salvation of their home world, Cybertron. But they're not alone. The Decepticons, the Autobots' brutal enemies, have their own sinister purposes in seeking the Allspark. As these adversaries are drawn together once more, the stage is set for a death-dealing new battle in which each is driven by a single-minded aim: total annihilation of the enemy.