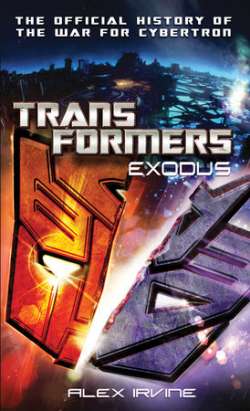 For twenty-five years the colossal battle between Megatron and Optimus Prime has captivated Transformers fans around the world. Now, for the first time, here is the thrilling saga of Optimus and Megatron before they were enemies, before they arrived on Earth, before they even knew each other.

On the caste-bound planet of Cybertron, Megatron, an undefeated gladiator, gives voice to the unspoken longings of the oppressed masses—and opens the mind of Orion Pax, an insignificant data clerk who will become Optimus Prime. What happens between Orion Pax and Megatron forever changes the destiny of all Transformers. This gripping, action-packed novel reveals all the loyalties and treacheries, trust and betrayals, deadly violence and shining ideals, as well as the pivotal roles played by other well-known characters.

Discover how meek disciple Orion Pax becomes the fearless leader Optimus Prime; follow the tantalizing clues about the lost Matrix of Leadership and the lore surrounding it; find out why the two allies fighting a corrupt regime suddenly turn on each other, and what triggers their epic war. Transformers: Exodus provides everything fans ever wanted to know about one of the fiercest rivalries of all time.

Transformers © 2011 Hasbro Inc.  HASBRO and its logo, TRANSFORMERS and all related characters, are trademarks of Hasbro and are used with permission.