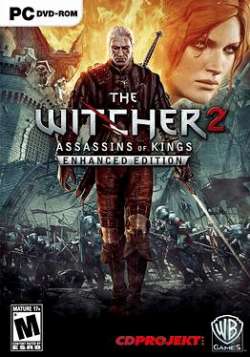 All existing owners of The Witcher 2 received free upgrades to the Enhanced Edition, and could pre-load the update starting 11 April 2012. All new copies on PC and Xbox 360 shipped with the additional content on board. The Witcher 2: Assassins of Kings - Enhanced Edition added over 10GB of new content, including four hours of gameplay, arena mode, new tutorial, 36 minutes of cinematics including a new intro created by Platige Image and an outro, as well as a host of fixes to gameplay and the interface.