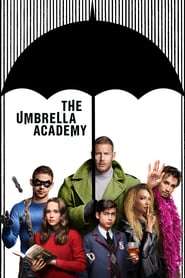 Seven babies were all born as part of a mysterious occurrence wherein 43 women around the world gave birth, despite none of them being pregnant. Adopted by eccentric billionaire Sir Reginald Hargreeves, they were raised to be part of a superhero fighting team known as "The Umbrella Academy." Now grown up, one sibling warns that the apocalypse is going to occur in eight days.

How To Watch The Umbrella Academy