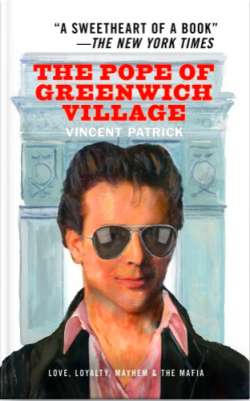 The Pope of Greenwich Village

Charlie and Paulie consider themselves "family" even though they are only fifth cousins. Neither of them is 100 percent legitimate but they are not heavy thieves either. They beat the system as best they can with the various inside hustles of New York City's bar and restaurant scene. Charlie, managing a Village restaurant at age thirty-five, needs one shot to realize his dream of owning his own place in rural New England. Meanwhile, he's just a jump ahead of two shylocks and into the worst streak of losing horses he has ever gone through. Paulie is only a five-foot-three-inch waiter but he thinks big. Very image conscious, he even tips toll booth attendants. And he went into hock to become part owner of a "turrow bed" racehorse. Now he has an idea for one foolproof burglary that will solve all his problems for good, and he enlists Charlie in his scheme. The third member of the team is Barney. A semi-retired locksmith and safecracker from the Bronx, Barney has a retarded son and is willing to take one last gamble to provide for his future. A clean break-in, a three-way split, and each of their dreams will come true. Maybe. Before it's over, they find themselves relentlessly hunted by both the Mafia "wise guys" and the police. And each of them grasps for survival in a different way. Acutely realistic yet wondrously funny, The Pope of Greenwich Village captures the speech, the scams, the flavor, the dread, and the humor of ordinary people scrambling to make it big in a neighborhood that prides itself on creating and enforcing its own laws.