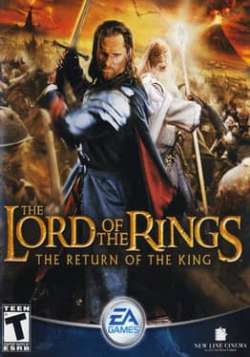 The Lord of the Rings: The Return of the King

The video game adaption of the acclaimed film of the same name, The Lord of the Rings: The Return of the King is a follow up the well received adaption of the first two films in the trilogy. The game expands on what The Two Towers accomplished, with the action and adventure sequel introducing three separate story lines from the movie: one following Aragorn, Legolas, and Gimli, as The Two Towers did, another following Gandalf, and a third following Frodo and Sam, with Merry, Pippin, and Faramir serving as unlockable characters. Gameplay features were also expanded upon, including multiplayer.