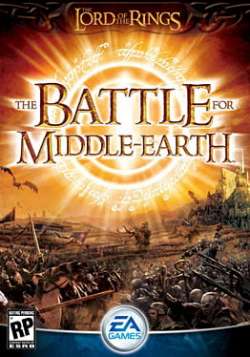 The Lord of the Rings: The Battle for Middle-earth

The players control the heroes or villians from the famous Lord of The Rings movies. With a hero characters similar to the Warcraft series you control both the armies and all the unique heroes. The game follows the movies very closely and even got scenes from the films appear in game. Not only does the game contain a giant campaign where you play through the journey of the ring as the good side, the game also features an evil campaign where as the players play as the evil forces of Middle Earth. With multiple diffrent races from all over Middle Earth, a giant spell tree to customize your game and a unique basebuilding layout the game was great for its time.