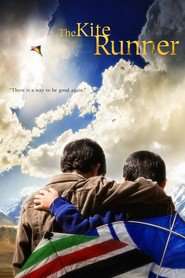 The Kite Runner is a 2007 American drama film directed by Marc Forster based on the novel of the same name by Khaled Hosseini. It tells the story of Amir, a well-to-do boy from the Wazir Akbar Khan district of Kabul, who is tormented by the guilt of abandoning his friend Hassan, the son of his father's Hazara servant. The story is set against a backdrop of tumultuous events, from the fall of the monarchy in Afghanistan through the Soviet military intervention, the mass exodus of Afghan refugees to Pakistan and the United States, and the Taliban regime. Though most of the film is set in Afghanistan, these parts were mostly shot in Kashgar, China, due to the dangers of filming in Afghanistan at the time. Most of the film's dialogue is in Dari, the Afghan dialect of Persian, with the remainder spoken in English. (from Wikipedia)

How To Watch The Kite Runner