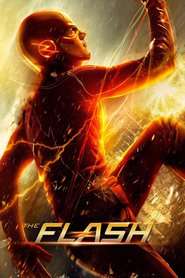 When Barry was only 11 years old, his mother was killed by a mysterious force and his father was sent to prison for her murder. Thankfully, Barry now has secret powers after being struck by lightening and can run at supersonic speeds. He's determined to find his mother's killer and prove his father's innocence.

How To Watch The Flash