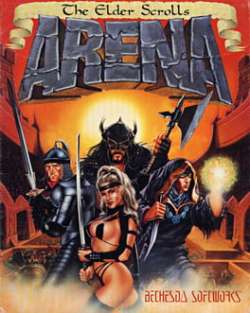 The Elder Scrolls—Arena takes place on a planet called Nirn in the empire of Tamriel. The emperor of Tamriel, Uriel Septim, is planing to gather the whole Nirn under the imperial flag. He allies himself with the mage Jagar Tharn who is unfortunately intent on stealing the emperor's throne. Jagar Tharn imprisons the emperor in another dimension and locks the key inside a dungeon under the imperial city. Your job is to find all the peaces of the key, reassemble it, kill Jagger Tharn and free the emperor.