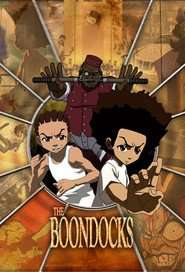 The Boondocks follows an African-American family, the Freemans, having moved from the South Side of Chicago, Illinois to the fictional, peaceful and mostly white suburb of Woodcrest. The perspective offered by this mixture of cultures, lifestyles, socioeconomic classes, stereotypes, and races provides for much of the comedy and conflict in this series.

How To Watch The Boondocks