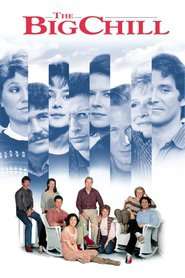 Kevin Kline and Glenn Close star as Harold and Sarah Cooper, a couple whose marital troubles are put on hold while they host an unhappy reunion of former college pals gathered for the funeral of one of their own, a suicide victim named Alex. As the weekend unfolds, the friends catch up with each other, play the music of their youth, reminisce, smoke marijuana, and pair off with each other.

How To Watch The Big Chill