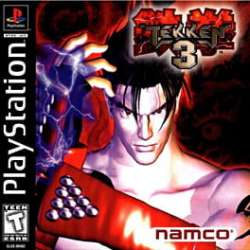 Seventeen of the world's deadliest fighters, explosive martial arts moves and savage special attacks. All brought to life by super smooth animation running at a TV scorching 50 frames per second. Tekken 3 was the first Tekken to feature a beat 'em up minigame called "Tekken Force", which pitted the player in various stages against enemies in a side-scrolling fashion. If the player succeeds in beating the minigame four times, Dr. Bosconovitch would be a playable character (granted that you defeat him first).