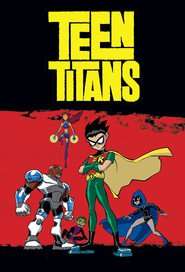 His father is the world's greatest detective. His grandfather is the world's deadliest terrorist. He is Damian Wayne, a.k.a. Robin, Son of Batman—and he now commands the Teen Titans. Whether they like it or not. When Starfire, Raven, Beast Boy and Kid Flash answer this brash new Boy Wonder's call for help, they find themselves on the front lines of a war between Damian and his immortal grandfather, Ra's al Ghul. The entire League of Assassins and the elite Demon's Fist are prepared to move against these young heroes, all to claim Robin for their own. And if these new Titans are toppled, so be it.

How To Watch Teen Titans