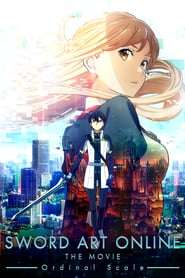 People everywhere were enjoying a new game called Ordinal Scale, an ARMMORPG developed exclusively for the Augma, a new wearable console designed for augmented reality gaming. But, the players had no idea that a nightmare from the virtual world was starting to spread into reality. As his fellow players find themselves in danger, the hero is called upon once again.