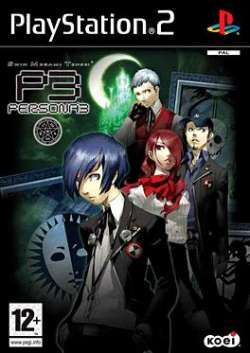 In Shin Megami Tensei: Persona 3, the player takes the role of a male high-school student who joins the Specialized Extracurricular Execution Squad (SEES), a group of students investigating the Dark Hour, a time period between one day and the next that few people are aware of. During the Dark Hour, the player enters Tartarus, a large tower containing Shadows, creatures that feed on the minds of humans. To fight the Shadows, each member of SEES is able to summon a Persona, a manifestation of a person's inner self. In addition to the standard elements of role-playing games, Persona 3 includes elements of simulation games, as the game's protagonist progresses day by day through a school year, making friends and forming relationships that improve the strength of his Personas in battle.