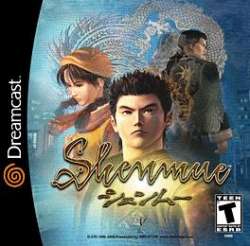 The first chapter of Shenmue kicks off Yu Suzuki's cinematic Dreamcast tour-de-force, an exploration-heavy adventure that has players immerse themselves in Yokosuka, Japan. Players slip into the role of a young martial artist named Ryo Hazuki, who is on the trail of his father's killer. On the way, players must talk with hundreds of characters, engage in martial arts battles, and marvel at the realistic depiction of the Japanese coastal town.