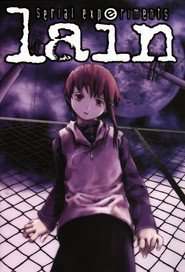 Serial Experiments Lain focuses on Lain Iwakura, an adolescent girl living in suburban Japan, and her introduction to the Wired, a global communications network similar to the Internet. Lain lives with her middle-class family, which consists of her inexpressive older sister Mika, her cold mother, and her computer-obsessed father. The first ripple on the pond of Lain's lonely life appears when she learns that girls from her school have received an e-mail from Chisa Yomoda, a schoolmate who had committed suicide. When Lain receives the message at home, Chisa tells her that she is not dead, but has merely "abandoned her physical body and flesh", and is alive deep within the virtual reality-world of the Wired itself and that she has found the almighty and divine god there. From then on, Lain is bound to a path which will take her ever deeper into both the network and her own subconscious thoughts and sensations.