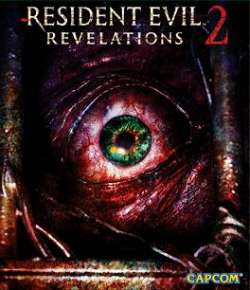 Resident Evil: Revelations 2 is an episodic survival horror video game and the tenth installment of the Resident Evil franchise, developed and published by Capcom. The game is a follow up to Resident Evil: Revelations. An episodic game which comprises of 4 episodes, each of which feature two separate stories. The first is the tale of Claire Redfield and Moira Burton, daughter of Barry Burton who work for biohazard protection group Terra Save. They are kidnapped and must survive on an island full of "Afflicted." The second story features Barry Burton, in search of his daughter, who upon reaching the island meets a strange girl named Natalia. He must retrace his daughters steps and find her before it is too late.