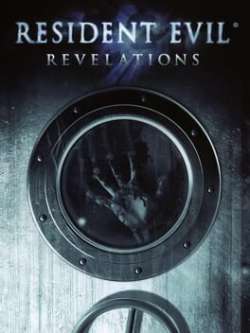 The original version of Resident Evil: Revelations. Though they typically use the same name, an HD version/edition was released for consoles and on PC in 2013, after it's success on the 3DS platform. The updated version was also released for the PlayStation 4 and Xbox One in 2017 with a release on the Nintendo Switch a couple months later. The critically acclaimed survival horror title takes players back to the events that took place between Resident Evil 4 and Resident Evil 5, revealing the truth about the T-Abyss virus. Resident Evil Revelations features series favorites Jill Valentine and Chris Redfield, plus their respective BSAA partners - Parker Luciani and Jessica Sherawat. The action begins on board a supposedly abandoned cruise ship, the ?Queen Zenobia?, where horrors lurk around every corner, before players head for the mainland and the devastated city of Terragrigia. With limited ammo and weapons available, the race is on to survive the horror of Resident Evil Revelations.