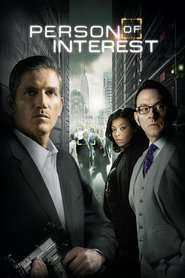 Harold Finch attempts to stop murders using only social security numbers that he illegally receives from a secret government surveillance system called the Machine. John Reese is Finch's man on the ground to track down and stop the violent crimes that the Machine tells them about. Given that everyone thinks John Reese is dead, he's the perfect one for the mission.