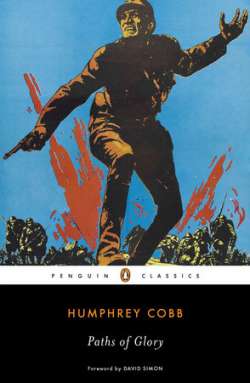 Familiar to many as the Stanley Kubrick film starring Kirk Douglas, Paths of Glory explores the perilous complications involved in what nations demand of their soldiers in wartime. Humphrey Cobb's protagonists are Frenchmen during the First World War whose nightmare in the trenches takes a new and terrible turn when they are ordered to assault a German position deemed all but invulnerable. When the attack fails, an inquiry into allegations of cowardice indicts a small handful of lower-ranked scapegoats whose trial exposes the farce of ordering ordinary men to risk their lives in an impossible cause. A chilling portrait of injustice, this novel offers insight into the tragedies of war in any age.