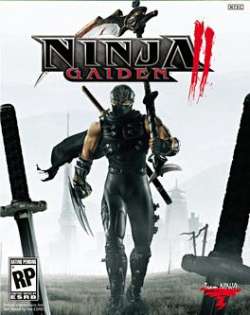 Ninja Gaiden II is an action-adventure video game developed by Team Ninja and published by Microsoft Corporation. It is the sequel to the 2004 title Ninja Gaiden and was released worldwide for the Xbox 360 in June 2008.