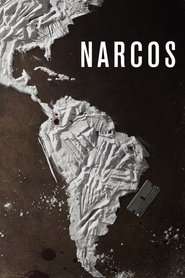 It's the late-1970s in Columbia. The cocaine trade is rampant, regulations are poorly enforced, and Pablo Escobar couldn't be happier. Now he's making more money than ever from smuggling illegal drubs—but along with the fame comes risk. He has made more enemies, and his own workers may turn against him, as the DEA cracks down on the crime and bloodshed of the drug war.