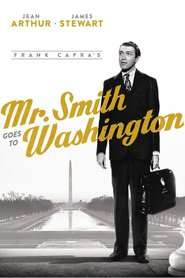 Naive and idealistic Jefferson Smith, leader of the Boy Rangers, is appointed on a lark by the spineless governor of his state. He is reunited with the state's senior senator—presidential hopeful and childhood hero, Senator Joseph Paine. In Washington, however, Smith discovers many of the shortcomings of the political process as his earnest goal of a national boys' camp leads to a conflict with the state political boss, Jim Taylor. Taylor first tries to corrupt Smith and then later attempts to destroy Smith through a scandal.

How To Watch Mr. Smith Goes to Washington