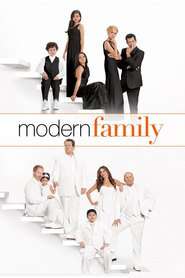 Jay Pritchett is the patriarch of a chaotic and intertwined "modern" family. Jay was married to DeDe, the flighty mother of his children Claire and Mitchell who are now grown up with children (and challenges) of their own. Jay is now remarried to a fiery Latina named Gloria, who has a son from a prior marriage. Gloria does not feel entirely accepted at times, suspecting (correctly) that Claire, Jay's daughter who is roughly the same age as Gloria, thinks Gloria is a "gold digger."

How To Watch Modern Family