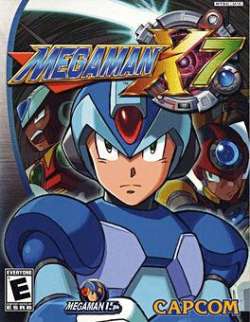 The plot of Mega Man X7 takes place in the 22nd century, during an age when humans coexist with humanoid robots called "Reploids". As some Reploids participate in violent and destructive crime, a police organization called the "Maverick Hunters" has been established to stamp out this activity. Maverick crime is rising in newly constructed cities. As this new crime wave hits, X retires, tired from the never-ending battles. A new group of vigilantes, Red Alert, is introduced. One of their members, Axl, decides he has had enough of their "murdering" and tries to leave the group. Red, the group's leader, is angered by Axl deserting, and goes on a rampage to get Axl back.