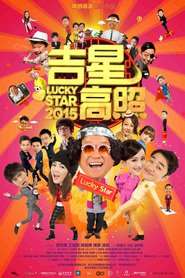 Eric Tsang and Wong Cho Lam lead a huge cast of Hong Kong comedy stars to celebrate the Year of the Goat with Lucky Star 2015! Wen Chao stars in this uproarious comedy as a professional Stephen Chow impersonator who dreams of becoming the next big comedy superstar. With the support of an up-and-coming comedian and the founder of a Stephen Chow fan club, Chao finally gets his foot in the door. However, he discovers the harsh reality of the entertainment world when he realizes that investors only want him for his impersonation skills instead of his talent.