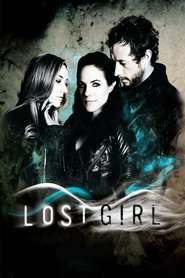 Lost Girl tells the story of Bo, who was abandoned at birth and raised by deeply religious adoptive parents who viewed sex as evil. At eighteen, Bo inadvertently killed her boyfriend the first time they had sex by draining him of his life energy. Frightened of her powers, Bo has spent the last ten years on the run, knowing that she was not truly human and that her powers had the potential to kill anyone she became close to.