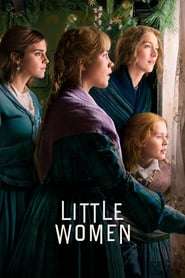 The Marches are the parents of four daughters: romantic Meg, tempestuous Jo, shy Beth, and ambitious Amy. After Mr. March leaves left the family to serve in the war against the South in the Civil War, Margaret March—who's affectionately called "Marmee" by her family—must do her best to raise her daughters despite their impoverished situation. She instills important values, including about the importance of self-respect. In a time when women are encouraged to marry for money, Marmee tells her daughters, "I'd rather see you poor men's wives, if you were happy, beloved, contented, than queens on thrones, without self-respect and peace."

How To Watch Little Women