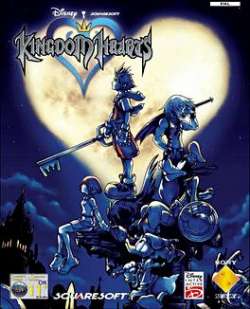 Kingdom Hearts is based on various Disney stories, referred to in-game as "Worlds". For example, the World based on Disney's Alice in Wonderland features appearances by Alice, the White Rabbit, and the Queen of Hearts. Interacting with these characters forms part of gameplay, while combating the games enemies, the "Heartless" forms the other. Successful completion of a World is accomplished by defeating a key foe, which is either the primary villain from the Disney story, a unique Heartless of particular strength, or a combination thereof.