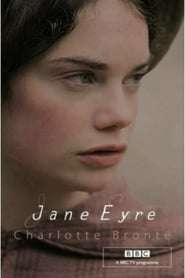 JANE EYRE is a 2006 television adaptation of Charlotte Brontë's 1847 novel of the same name. The story, which has been the subject of numerous television and film adaptations is based on the life of the eponymous orphan. This four-part BBC television drama serial adaptation was broadcast in the United Kingdom on BBC One.