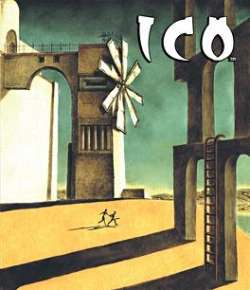 Ico features a young boy named Ico who was born with horns, which his village considers a bad omen. Warriors lock him away in an abandoned fortress. During his explorations of the fortress, Ico encounters Yorda, the daughter of the castle's Queen. The Queen plans to use Yorda's body to extend her own lifespan. Learning this, Ico seeks to escape the castle with Yorda, keeping her safe from the shadow-like creatures that attempt to draw her back. Throughout the game, the player controls Ico as he explores the castle, solves puzzles and assists Yorda across obstacles.