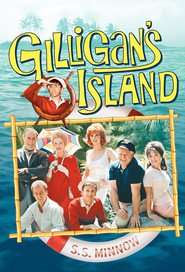 After a three-hour tour during a bad storm, five passengers and the ship's captain ("The Skipper") and first mate (Gilligan) become shipwrecked on a deserted island. Although they have some hopes of being rescued, Gilligan's accident-prone nature often ruins his fellow castaways' chances of getting back to civilization.

How To Watch Gilligan's Island