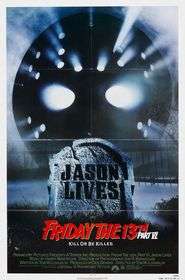 As a child, Tommy killed mass-murderer Jason. But now, years later, he is tormented by the fear that maybe Jason isn't really dead. Determined to finish off the infamous killer once and for all, Tommy and a friend dig up Jason's corpse in order to cremate him. Unfortunately, things go seriously awry, and Jason is instead resurrected, sparking a new chain of ruthlessly brutal murders. Now it's up to Tommy to stop the dark, devious and demented deaths that he unwittingly brought about.