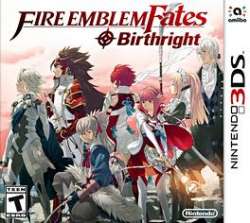 Fire Emblem Fates is split into three story paths. Birthright is one of the 2 base stories, the other being Conquest. The other story path can be bought digitally at a discount through the in-game store. The 3rd story path is Revelation, a DLC that was released later.