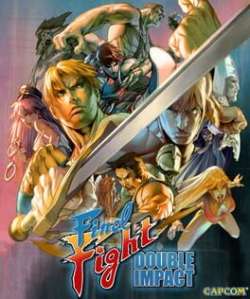 Final Fight is a side-scrolling beat-'em-up video game produced by Capcom. Set in the fictional Metro City, the player controls one of three characters: former pro wrestler and mayor Mike Haggar, his daughter's boyfriend Cody, and Cody's best friend Guy, as they set out to defeat the Mad Gear gang and rescue Haggar's young daughter Jessica.