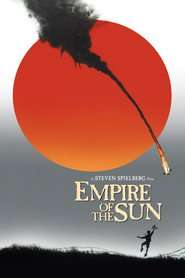 Empire of the Sun

Empire of the Sun tells the story of young English boy who lives with his parents in Shanghai during World War II. After the Pearl Harbor attack, the Japanese occupy the Shanghai International Settlement, and in the following chaos Jim becomes separated from his parents.

How To Watch Empire of the Sun