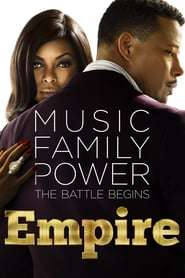 As CEO of Empire Entertainment and the father of three talented sons, Lucious has it all. That is, until Cookie Lyon, his ex-wife who was recently released after a 17-year prison sentence, comes for her share of the music empire that they began together.

How To Watch Empire