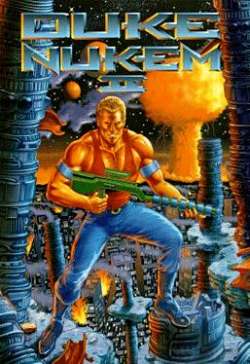 Duke Nukem is back. Captured by an alien foe in the middle of promoting his best-selling book, Why I'm So Great, Duke must once more defeat the forces of evil to save himself from the knowledge-stealing Rigelatins, and ultimately prove his book's namesake. In this sequel to the 1991 high-octane, bot-busting video game, Duke Nukem, the King of Action must blast, cannon, missile and flame his way to victory—a victory that would stop the secrets of both ass-kicking and bubblegum from falling into the wrong hands.