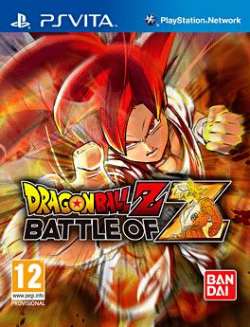 Dragon Ball Z: Battle of Z delivers over-the-top anime action and intensity, presented in new cell-shaded HD graphics. Focusing on team battles, players will be able to battle online with or against their friends in frantic 4-player co-op or up to 8-player vs. Battle of Z's expanded team battle and co-op modes allows players to create teams of four characters to take on opponents across the globe.