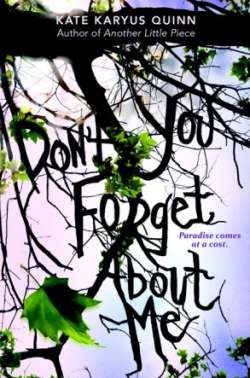 (Don't You) Forget About Me

A place where no one gets sick. And no one ever dies . . . of natural causes.

But there's a price to pay for paradise. Every four years, the strange power that fuels the town takes its toll and a teenager commits a horrible crime—a crime that sends other teens to their graves. And every four years, the killer is locked up in the reformatory, only to emerge years later, a shell of their former self.

Four years ago, Skylar's sister, Piper, was taken away after leading her classmates onto the trestle bridge and commanding them to jump to their deaths. Since then, Skylar has lived in a numb haze, waiting for Piper to be released. But the secrets Piper left behind keep taunting Skylar—whispering that the only way to truly get her sister back is to stop Gardnerville's murderous cycle once and for all.