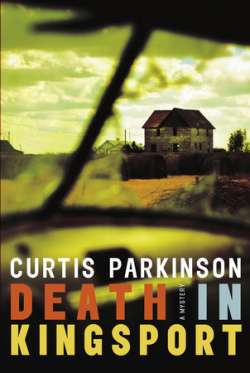 Kingsport, a small town on the shores of Lake Ontario, is struggling through the fall and winter of 1941 in the aftermath of the Great Depression. For fifteen-year-old Neil, life is simple and routine, until his favorite uncle, Chester, suddenly dies, and he is engulfed by an aching loneliness. At his uncle’s cremation aboard a freighter in the harbor, Neil has a strange sense of foreboding as he inadvertently hears a thumping sound inside the coffin. Could Uncle Chester be alive?

And so begins a chain of events that take the reader along in Neil’s quest to get to the bottom of his uncle’s death. When a disembodied voice in an old stable reveals that Chester’s passing is not the only mysterious death in town, Neil, along with his quirky sidekick, Graham, is catapulted to action. Meet Crescent, who captures Neil’s heart and provides vital clues, the suspicious Doc Savage and his questionable experiments, and the steadfast Miss Trimble, whose knowledge of the town’s inhabitants goes back years.

From strange happenings in the Amazon jungle to a near-death experience to getting lost on the ice when a storm erupts, Curtis Parkinson’s Death in Kingsport is a fast-paced murder mystery in a town where nothing is as it seems.