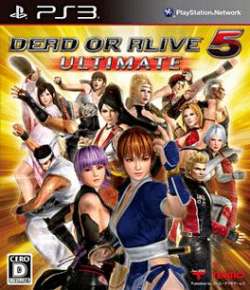 Dead or Alive 5 Ultimate is a fighting game in the Dead or Alive series. The game is an expanded edition of the 2012 title Dead or Alive 5, incorporating some features from the PlayStation Vita's Dead or Alive 5 Plus as well as additional content, including five characters that are new or returning to the series (including two Ninja Gaiden characters), as well as gameplay system tweaks and expansions, many of them in the online multiplayer tag team mode (including an introduction of two-on-two tag team battles).