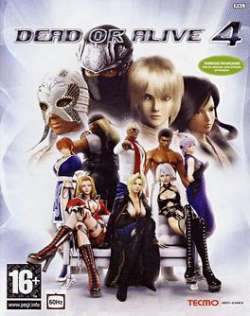 Dead or Alive 4 is a fighting game and the fourth major title in the Dead or Alive video game series, its plot following the events of the 2001 title Dead or Alive 3. Dead or Alive 4 features 22 playable characters and many multi-tiered and interactive fighting arenas. DOA4 has a number of updates in reference to previous titles. Characters' move lists have been vastly updated and four new characters have been added to the fighting roster, with returns from a couple of past characters as well. The counter system has been tightened, making the window for counters shorter and more difficult to execute, and the amount of damage that counters inflict has been changed.